Medical Linear Accelerators (linacs), those accelerators that are used in medicine for radiotherapy, are complicated devices. Other particle accelerators, such as the ones at CERN, Fermilab or SLAC are at the forefront of physics and have a large community of professionals, physicists, engineers, computer scientists, technicians, and other scientists who work continuously to improve and build more of these devices.

Medical linacs are in some ways more complicated than the larger particle accelerators that are used for research due to the size constraints put on these devices (since they must operate in a hospital as opposed to large laboratories), and due to the underlying medical purpose of the device. To understand medical linacs, one must understand not only the accelerator physics, but also the electronics, mechanics, as well as the medical significance of the beams produced by the devices 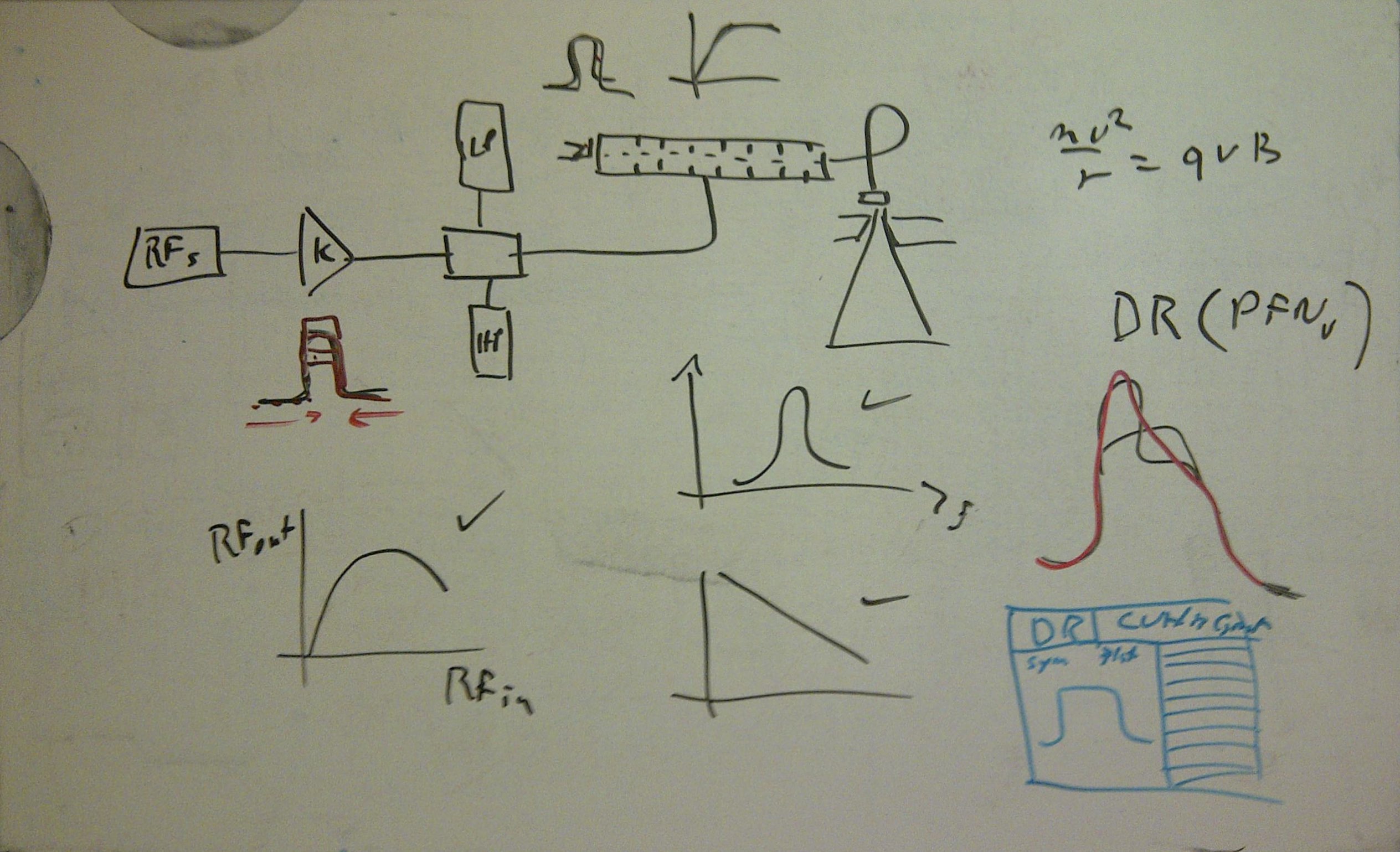 Figure 1. The Simac concept as first drawn out by M. Carlone and M. Lamey at the Credit Valley Hospital on November 26, 2013.

Teaching medical linac physics has been difficult traditionally since there are really two areas to understand: (1) the fundamental physics of beam acceleration and (2) the application of these physical principles to a practical device that exists in a hospital environment and used for therapeutic benefit. The link between the basic physics in terms of waveguide theory, charged particles acceleration, microwave devices, etc., and clinical beam properties such as depth dose, flatness, symmetry is difficult to teach since the basic physical principles, such as Maxwell’s equations, do not readily capture the physics relevant to clinically important parameters. This problem is made even more difficult since the two professional groups that often collaborate to ensure the correct functioning of the linac, the medical physicist and the linac service technician, often have different technical backgrounds, and may refer to the same physical phenomena using different terminology and language, which makes collaboration between these two groups more difficult.

The idea behind SIMAC (SIMulate LinAC) is to try to address teaching issues with medical linacs by allowing the real-time simulation of linac functioning using a simulated environment. The simulated environment has several purposes: It allows access to a software learning environment without needing access to the actual physical device, which is often limited. As well, the simulator allows the user to manipulate the operating parameters in ways that are not possible on a real machine, as real linacs can be easily damaged if they are set up incorrectly.

With the significant demands for radiotherapy in both developed countries as well as lower and middle income countries, there will be a need to train many more professionals that are capable of maintaining and safely operating medical linear accelerators. It is hoped that by using a simulator to aid in medical linac education, there will be an improvement in quality and consistency of learning by medical physics residents, hospital-based service technicians, and linear accelerator engineers. There is also a need to decrease the time needed to master these devices while providing a uniform and high level of training. It is hoped that simulator-based training will help to make medical linear accelerator training more accessible, faster and of higher quality all over the world.

To create a simulated linac environment, SIMAC uses “applied” linac physics models. These models use simplified physics that is more conducive to understanding linac engineering (as opposed to linac physics). For example, the heart of SIMAC uses the load line model to predict the acceleration properties of the accelerator. The load line model is a simple equation that boils down very complicated microwave physics and charged particle acceleration into a single linear equation. The simplicity should not be confused with lack of accuracy. The load line, along with the concept of the linac shunt impedance, is a very accurate way of modelling linacs and is based on advanced and accurate theory. Its advantage is that it can be implemented very easily into a linac model that calculates beam properties in real time, and so it is very helpful in creating a usable linac simulator.

SIMAC uses this simple beam acceleration model, along with other simplified (but accurate) models for linac components such as the electron gun, klystron amplifier, bending magnet, target, and flattening filter, (and others) to allow a user to simulate linac physics. Within its GUI, the user can enter different physical parameters, usually voltages; the program then propagates these setup parameters through its series of models to predict the dose rate at the central axis of the linac as well as the beam profiles and depth dose.

The initial concept for SIMAC is shown in the figure above. This was drawn by Marco Carlone and Mike Lamey at the Credit Valley Hospital on November 26, 2013. The concept was heartily endorsed by Miller MacPherson, who was head of the Medical Physics Department at Credit Valley Hospital at the time. Rhys Anderson was hired to do the initial coding (with significant input from Tom Feuerstake), and he developed this between January 2014 to September 2014 into a Matlab implementation. The initial version of SIMAC featured a user interface based on the service screen mode and had a main screen as well as screens for the klystron, accelerator and treatment head. SIMAC was first used in a teaching environment at the ATec Linear accelerator course, offered at Princess Margaret Hospital in the winter of 2014, and has been used in this course every year since then. The methodology in SIMAC was published in JACMP in June, 2015. It has won numerous teaching awards, including the Innovation in Education Award from the AAPM in 2016. It has also been used in teaching by Marco Carlone in PHYS 310 and 534, which are undergraduate and graduate level physics courses at UBC.

At the end of 2016, Marco Carlone moved from Princess Margaret Cancer Centre to BC Cancer Kelowna, where he is continuing the SIMAC project. He founded Linax Technologies Ltd. on October 10, 2019, with the goal of commercialising SIMAC, and making the project self sustainable. As SIMAC grows, our intention is to build a worldwide community of medical physicists, accelerator engineers, accelerator service technicians, and teachers who are interested in making this technology available to anyone who wants to work with these fascinating machines.

SIMAC is an open-source medical linear accelerator simulator and its name stems from SIMulate linAC. SIMAC replicates the physics of beam production in a linac in real time and thus provides a platform to manipulate the components, observe the implications of those changes simultaneously and anticipate their clinical impacts. But SIMAC is more than just a simulator it is a complete integrated educational environment with lessons, lectures and exercises to make you master the physics under the linac’s covers.

SIMAC uses a few basic linear accelerator concepts and theory that apply to all linac models, however they must be implemented so that they represent a particular linac brand. As an example, the accelerator waveguide in SIMAC is modelled using the load line equation, which depends on the waveguide’s shunt impedance (a property of accelerators that describes how well it converts RF power to electron energy gain). The value of the shunt impedance for Varian and Elekta linacs is quite different due to the different accelerator designs. Currently, the components and variable values that are implemented in SIMAC describe a Varian C-series or TrueBeam style of accelerator, one that has a shorter standing waveguide, a 270° bend magnet, and is powered by a Klystron. We plan to also offer a linac simulator that is more closely models the Elekta accelerator in the near future.

At Linax Technologies Ltd. our mission is to simplify radiotherapy; our vision is a world where anyone who needs radiotherapy can have access to it. We value knowledge sharing and communities that want to contribute towards a greater good. We believe that radiotherapy cannot improve unless knowledge is openly shared, such as happens in the open literature. The engine of SIMAC is an open source software project, licensed under a GNU 3.0 GPL license. Anyone who wants to use the base code will be given access to it. We hope that with this approach to teaching medical linacs, our community will help us to improve SIMAC by contributing their own improvements to either the base code, or to learning resources such as lessons or exercises. With community involvement, our hope is that as many people from anywhere in the world can benefit and learn to use these fascinating devices to help their own communities.

Award for Excellence in Educational Innovation 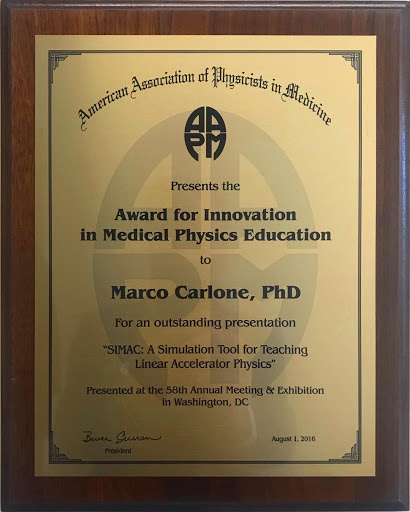 The Education Council of the AAPM sponsors a session during the Annual Meeting to honor and publicize Innovation in Medical Physics Education. The abstracts can be scientific research, novel teaching strategies – team teaching or adult learning efforts, novel educational materials – lectures, websites, or other innovations. The Award for Innovation in Medical Physics Education is made possible by a generous bequest of Harold Marcus.

Information for Teachers or Faculty